Someone once told me to,

“Plan enough to cover your ass, but leave room for Serendipity.”

I wish I knew who to attribute that quote too, it’s just something that’s been buzzing around in my brain for a while and obviously speaks to me.  As a terrible planner, the latter part of that comes a bit easier to me that the former, but I love the idea that wonderful things can happen if you allow them too…. plus packed itineraries just stress me out.

Recently I had a travel experience that solidified my love affair with the unknown. 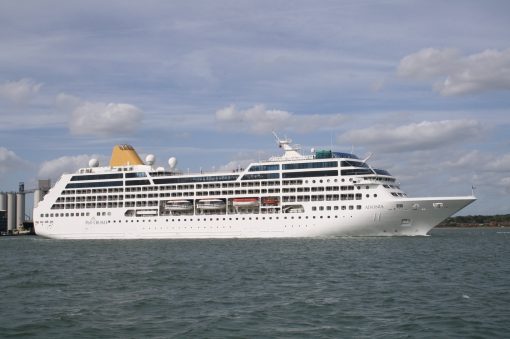 The (now Fathom) Adonia- photo by EDDIE via flickr.

I was invited to be among the passengers on the maiden voyage of Fathom Cruise Line‘s Adonia.  If you follow travel news you may have heard about Fathom as the first cruise line that will be sailing to Cuba since the lifted embargo.  I, however was slated to join them on their first ever voyage to the Dominican Republic where they offer impact activities such as teaching English or planting trees alongside more traditional shore excursions.

I jumped at the opportunity…. then immediately started to panic.  I travel by myself quite a bit and I’m really okay with it.  Press trips are always fine because they are usually invited media, there solo, to do a job.  This trip however, is the first press trip where I’ve been offered a plus one.  I went through my phone, and my Facebook friends, I contacted vague acquaintances and people I hadn’t spoken to in years.  I could not convince anyone in my life to go on a cruise with me.  How upsetting is that? 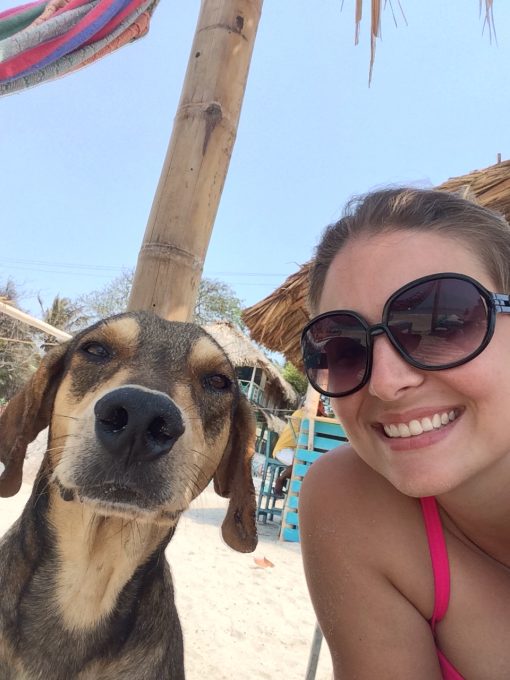 See? I can make friends!

This is where the anxiety set in.  If they’re offering a plus one, that means everyone else will have a plus one.  I’ll basically be on a couples cruise by myself and everyone will laugh at me at dinner.  And that’s what it’s like being inside the head of a crazy person.

I spent all week hyping myself up and then deciding I was just going to skip it, but I ended up at the port.  In fact, I spent long enough at the port that I had already made a few friends and seen some familiar faces from the blogging world.  I don’t know what I was worried about.  Travel people are the friendliest and I felt like an absolute nutcase.

So I made friends pretty immediately…. then waited…. and waited… and finally an announcement.  The boat would not be boarding for a few more hours and we would all be offered either a trip to the Everglades or a Miami City Bus Tour.  Our first Fathom excursion! 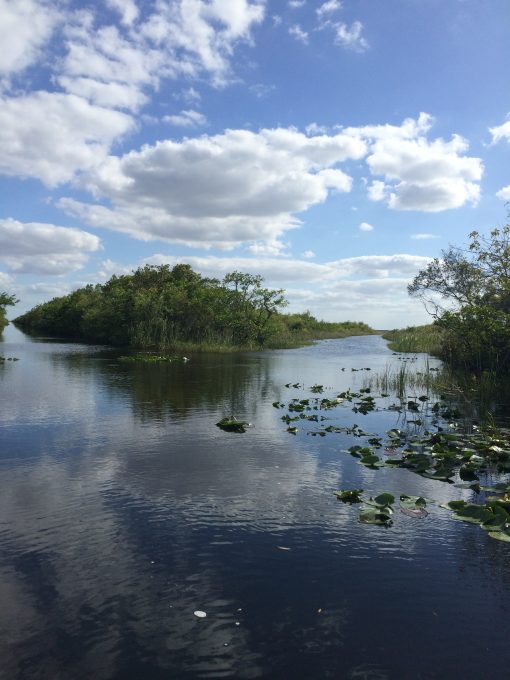 The Florida Everglades. Kinda pretty for a giant swamp.

The group I had been chatting with opted to just go drinking instead.  I knew I had found my tribe.  I went to the Everglades instead because I’d never been and what kind of Floridian hasn’t ridden an airboat?  Of course, I had all week to catch up on drinking with my new friends… or so I thought. 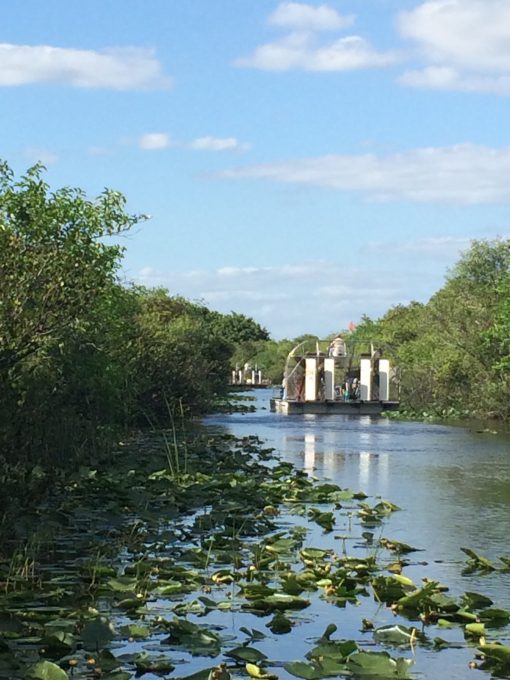 The Florida Everglades from an airboat. Life goals!

After we returned from the Everglades, we were informed that we would not be sailing as scheduled and would instead be put up in local hotels for the night and they hoped for better news tomorrow.  Half of the group was sent to the Holiday Inn and half to the Doubletree. 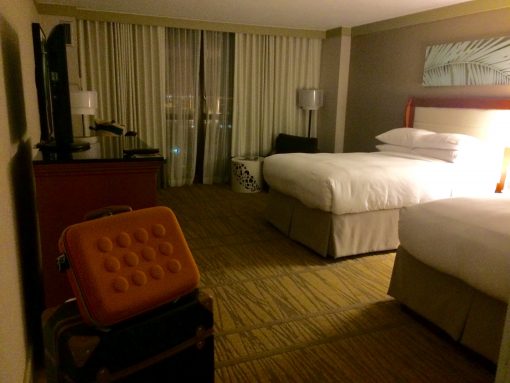 Not too shabby… Thanks Fathom

Honestly, I had a great day.  I wasn’t even mad about not getting on the boat.  My only complaint was how long I had to go without eating.  I was, what can only be described at hangry.

The next morning we were told there would be further instruction by 9am…then 11am… then 1pm… It wasn’t looking good.  As we all suspected by that point, at 1pm we were informed that the US Coast Guard had not cleared the ship and we would not be sailing.  It was a big disappointment, but the crowd took it well.  In fact, they erupted in two different rounds of Happy Birthday for people in the crowd, and I don’t think it was even sarcastic.  Told you travel people are the best!

I’ll note here that Fathom took great care of us and I can’t wait to try sailing with them again.  They obviously refunded what was spent, and also offered to pay for all travel expenses and flights home.  I live in Orlando, so driving back wasn’t a big deal, I was mostly upset that I had wasted days off!  That’s when the wheels started turning.  Everyone was chattering on social media and in person about where they were going next.  Some were headed to Disney World, some were booking other cruises, some were just headed to their respective homes, but the chatter I took note of was the group planning a trip to Colombia.

The colorful streets of Cartagena, Colombia

I had never been to South America and even though the flight left the next day, it was still less money than I was expecting to be refunded for the cruise that never was.  And that my friends is serendipity.  I went from a nervous wreck that I would be sitting at a table by myself being taunted by a boat full of happy people, to exploring a new continent with 20 some odd strangers. 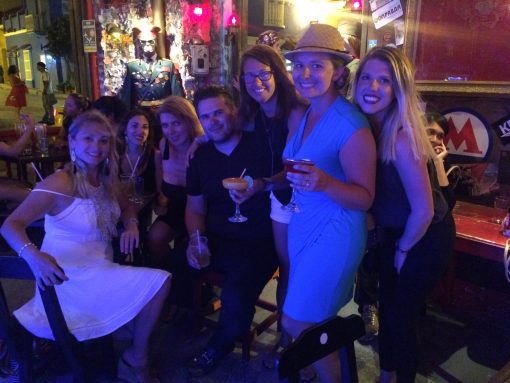 To new friends in weird bars…

My parents didn’t love the,

“Hey, my cruise was cancelled so I’m going to Colombia with some strangers”

phone call, but in the end I ate street meat, drank 1000 mojitos on rooftops, saw every sunset over the water, and got a weird massage inside of an active volcano full of mud with 20 strangers that ended up friends.  In fact I’ve already made some future travel plans with a few of them and I can tell they are going to be terrible for my wallet and great for my soul… and that’s why you always leave room for serendipity. 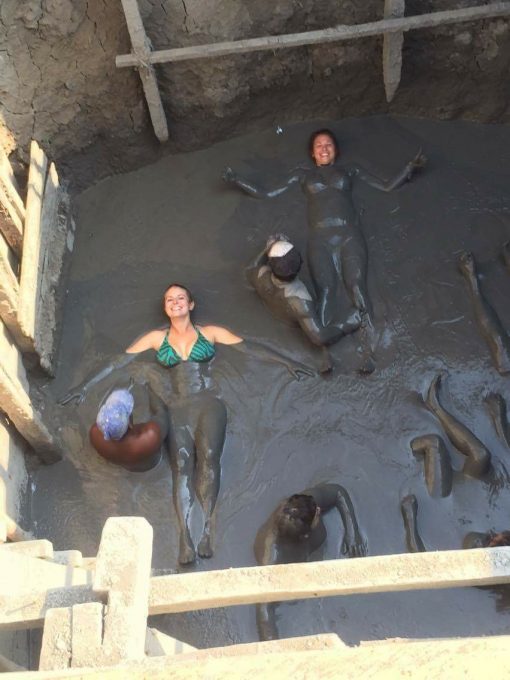 Photo credit: that guy we paid $1.30 to take pictures with Megan Stetzel’s phone

22 thoughts on “Leaving Room for Serendipity”