Where I've Been Europe Belgium

Never has the term “museum” been used so loosely.  This is either a really terrible museum or a really great bar depending on your attitude.

I’m a beer drinker, and everyone knows the Belgians know their way around a brew.  So, naturally when I read the description of the Belgian Brewers Museum in my Brussels Card guide I thought it was a great idea.

Since 1952, The Museum of the Belgian Brewers is housed in the cellars of the Brewers House.  This is a three-part museum: an 18th Century brewery from Hoegaarten, an old estaminet or cafe and an evocation of a state of the art brewery.  The brewer supplying the tap room is changed every week.  However, the identity of the beer served is never revealed in Advance.

Sounds great right? History, Belgian Beer, a bit of a mystery, and all in the lovely setting of the Grand Place. 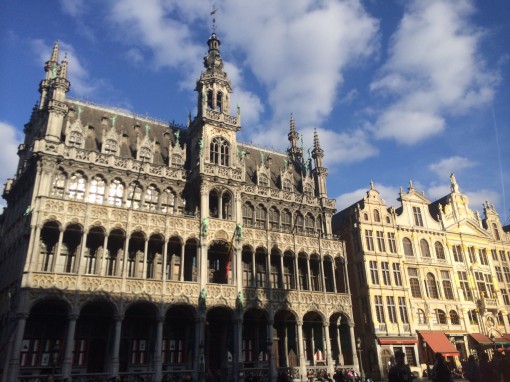 Here’s what actually happens in the Belgian Brewers Museum.

You enter the grandiose Brewers House. 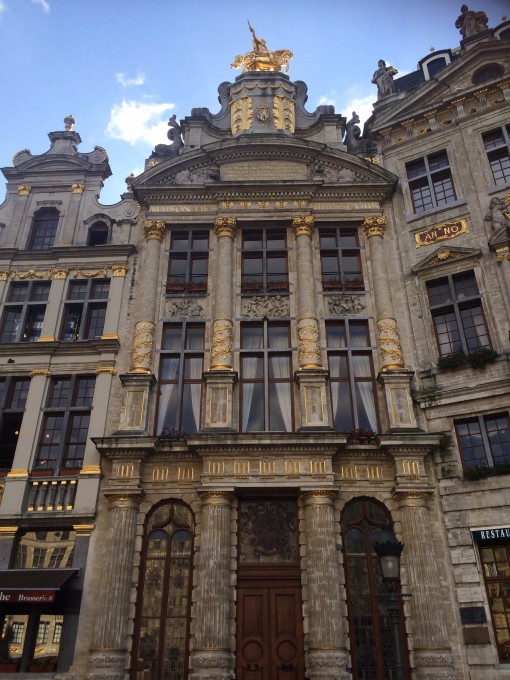 Then, you are lead downstairs to the cellar; where the magic happens. 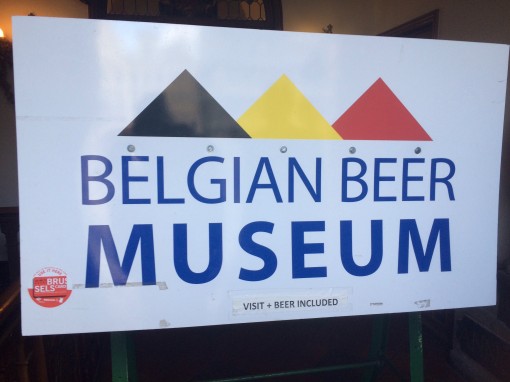 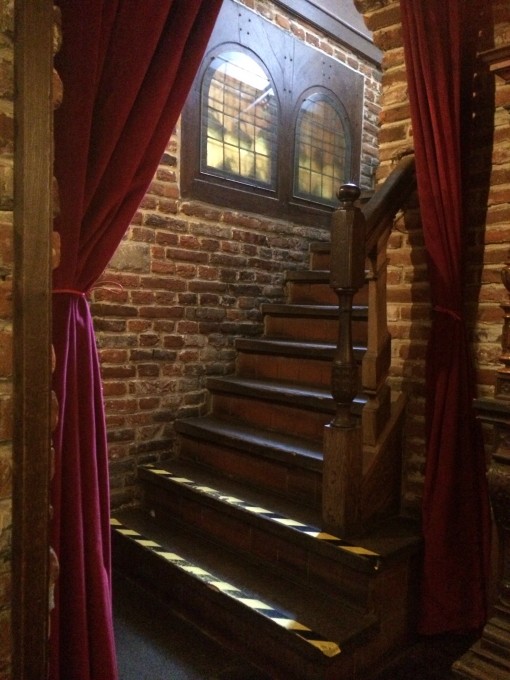 Pay your 5 Euros and are handed a guide to Belgian beer that is more informative than any part of the museum. 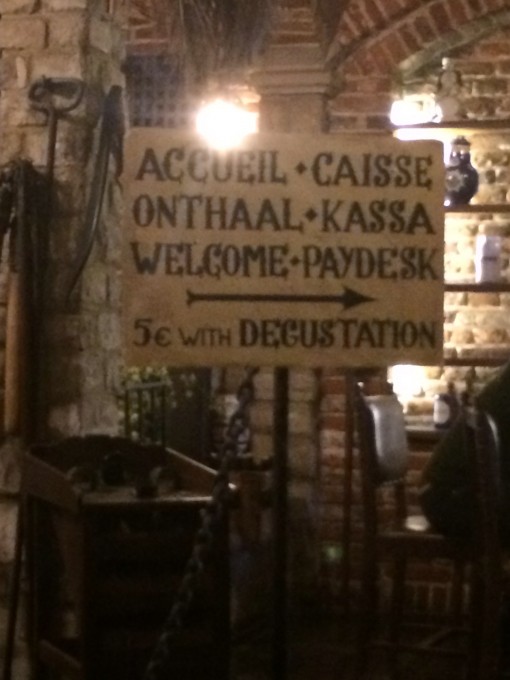 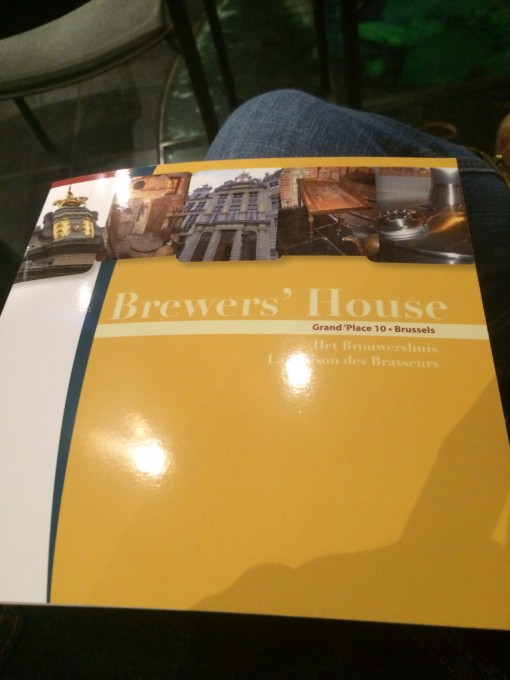 The first section of the “three part museum” was a room with some modern brewing equipment and some chairs set up in front of a power point presentation with some excellent suggestions on settings in which to enjoy your beer. 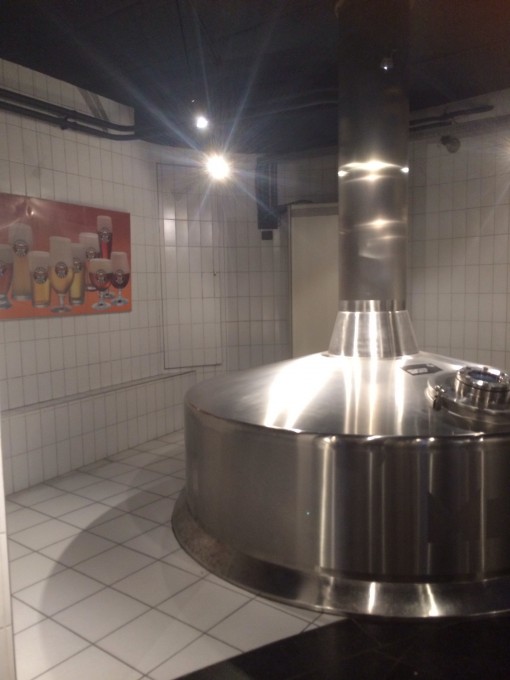 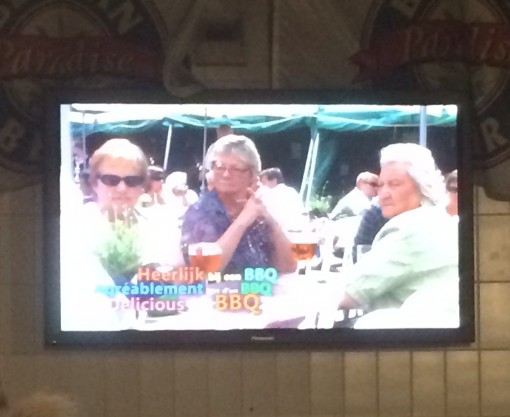 At a terrible Euro-trash dance club, 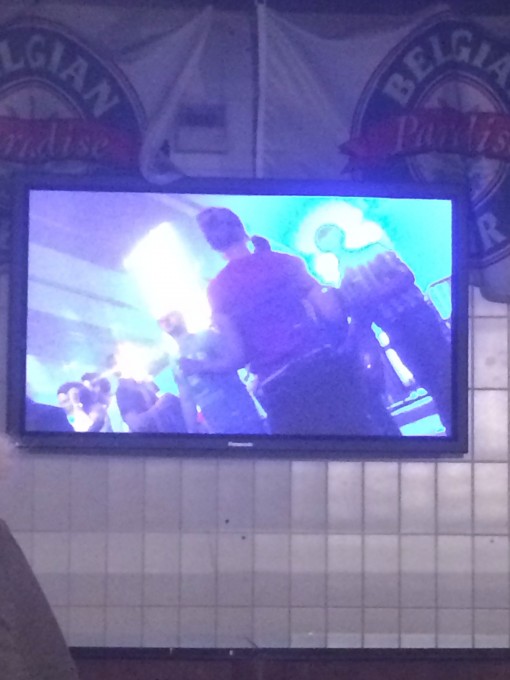 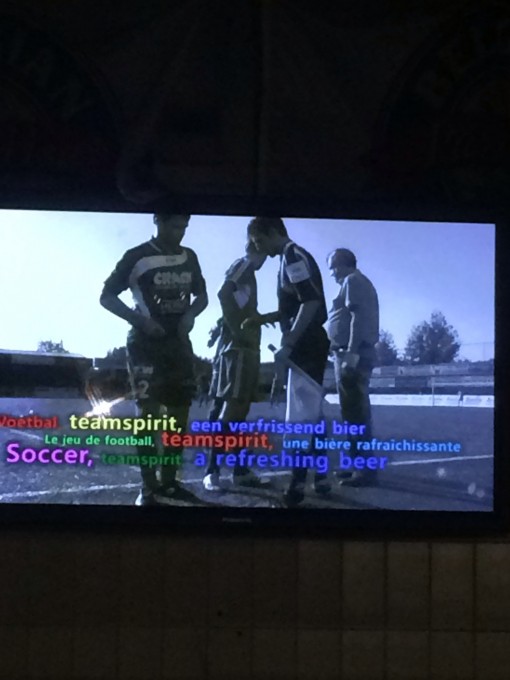 See, you’ve learned something already…. But in case you haven’t, there’s a poster for that. 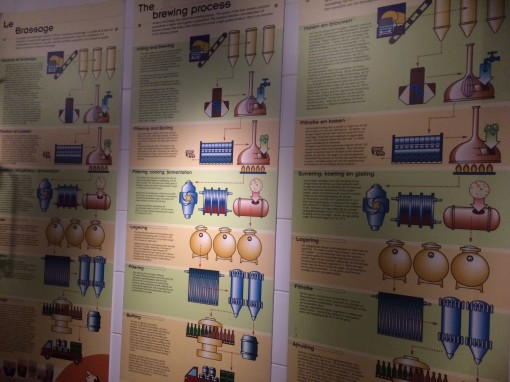 Next you enter the 18th Century brewery. 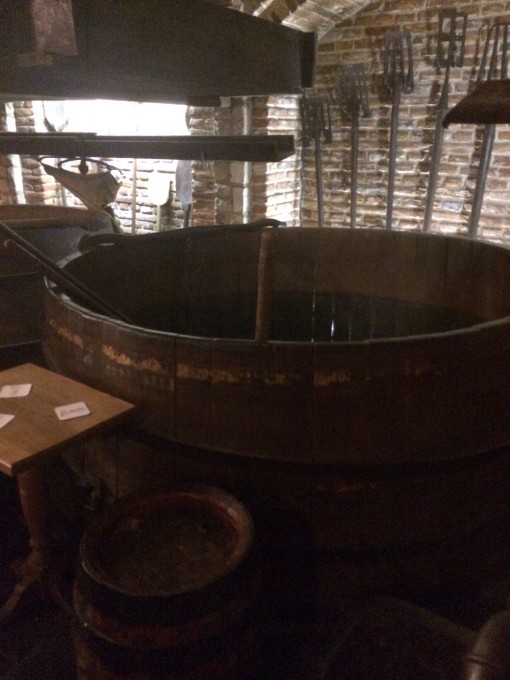 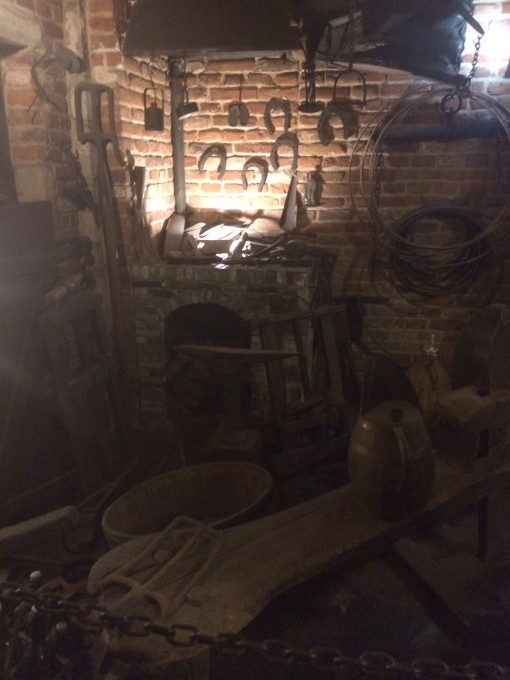 and of course there is a nod to Brussels most famous resident, Mannekin Pis. 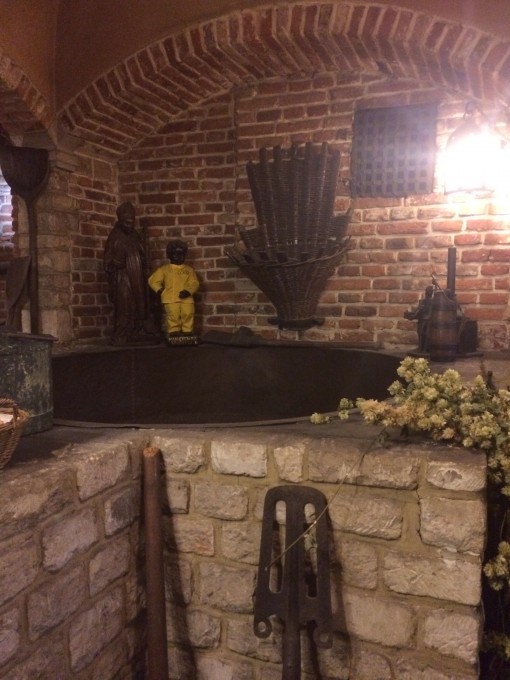 The third part of the museum,  as promised, is the cafe.  Here you are served your complimentary beer from a choice of two.  From what I understand the selections change fairly often, but when I was there it was a choice between a mystery brown beer and a cherry beer that tastes like cough syrup. 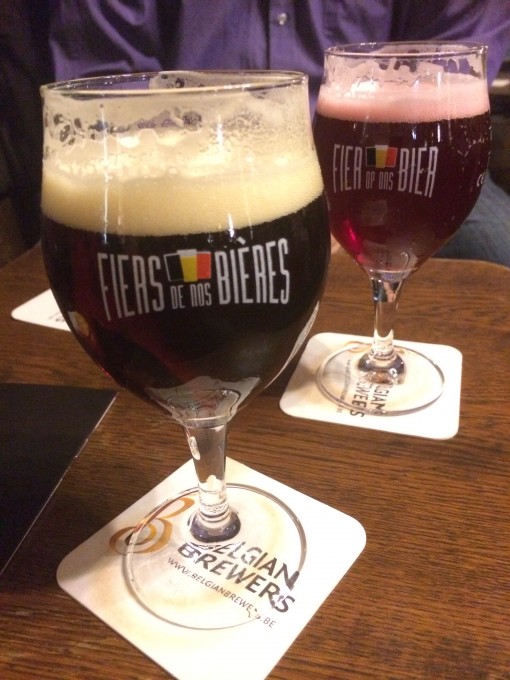 Best of all, the “cafe” section has no seating, but there are a few tables in the 18th century section… featuring some terribly uncomfortable barrels to sit on. 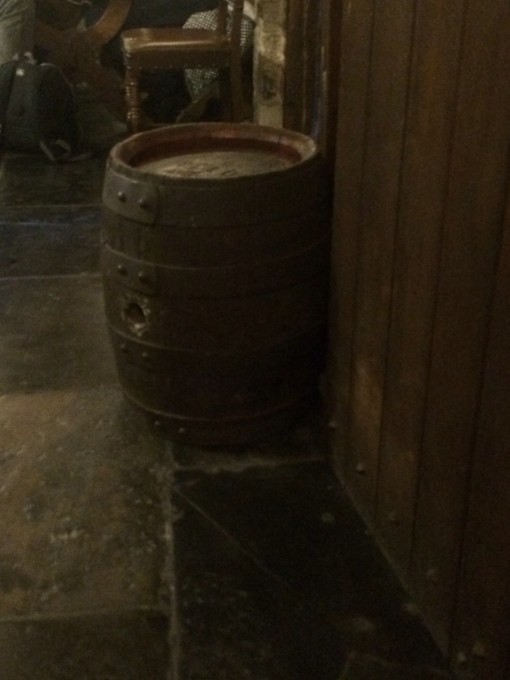 That rim is not bum friendly.

That being said, it is a cute setting to enjoy a beer. 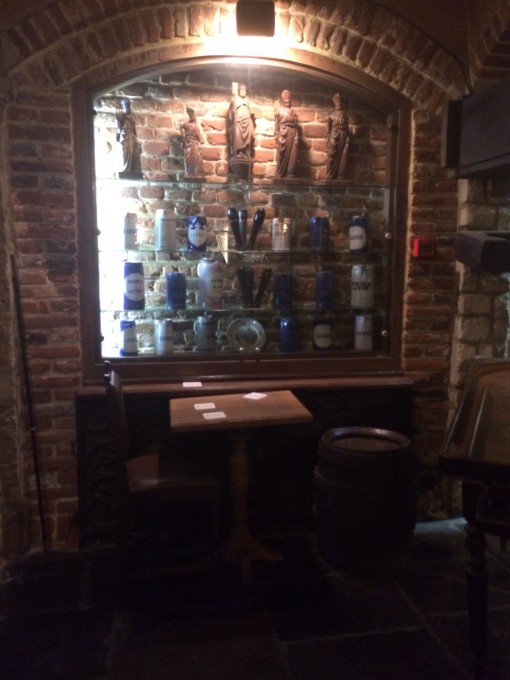 There a few pros, and some obvious cons to this museum.

I’ll admit that I was immediately disappointed in this museum, and I do feel like it was misrepresented, but pretend it’s a bar and it’s great!  I wouldn’t dare go as far as to say this is a “must see” in Brussles, but it’s certainly a comically terrible see and sometimes that’s the same thing. 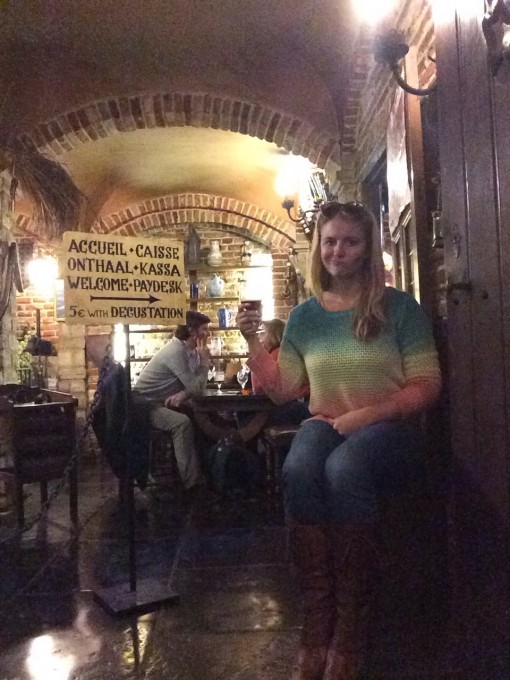