Call it the Halloween spirit, but my takeaways from Key West seem to be mostly ghost stories.  Next door to Robert the Doll, about whom I wrote my last post, I discovered the strange tale of Count Von Cosel.  Now, this is a ghost story that’s right up my alley and I’m not sure how I spent all of these years unaware of it.  Who doesn’t enjoy a love story about a corpse?

I was introduced to the story of Count Von Cosel in this thorough museum exhibit at the East Martello Museum. 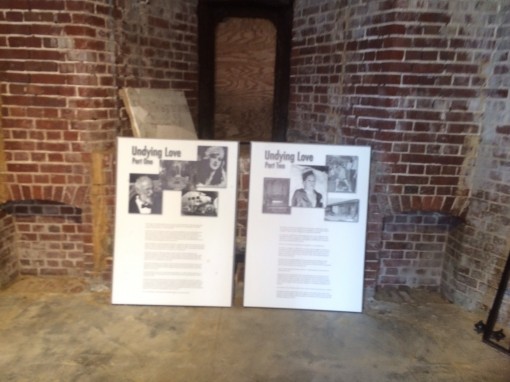 I was told by our guide that “there’s supposed to be a coffin there”, so maybe it’s usually a little more impressive.  The story however, did grab my attention and I bought and read The Lost Diary of Count Von Cosel in the museum gift shop. 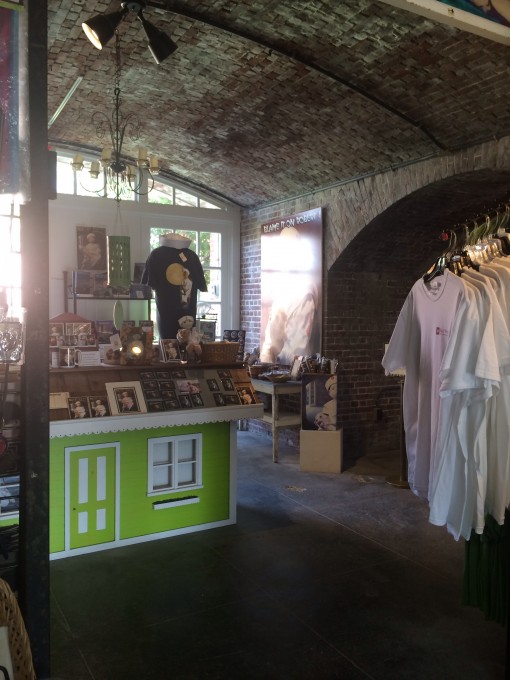 This is really a story that should have gotten a more thorough exhibit.  Count Von Cosel, who is apparently a self-appointed count, came to Key West from Germany (with a few years stop in Australia and Cuba) in the 1926.  While in Florida he worked as a pathologist and x-ray specialist at the Marine Hospital, which is where he was to meet the heroine of our story, Elena Hoyos.

Count Von Cosel was freshly 53 when 20 year old Elena came into the hospital for blood test and lung x-rays.  According to Von Cosel’s diary, a vision of Elena had been shown to him by the ghost of one of his relatives at his home in Germany 40 years prior, and this vision of Elena had also visited him while he lived in Australia.  Now that he had finally found her in real life, he was dismayed to find out that she had tuberculosis, which in 1930 was pretty much a death sentence.

Count Von Cosel took a special interest in Elena’s case, and continually proposed marriage, which her family was not too happy about.  On the one hand he was rich and keeping her alive, but on the other hand he was a million years old and kind of a creep.  She also refused his proposal on the grounds that she was still technically married to another man that had left her, and that she was dying, which seems fair.

Elena stopped showing up as frequently as necessary to the hospital and the Count continued her treatments at home.  He also bought her a new bed, lavish jewels and silk dresses.  All the while, the family was undermining his treatments by taking her to another doctor.  Though, it sort of seems like they were shopping around for someone that could keep her alive without being such a colossal weirdo.

They were unsuccessful and Elena died, which is where our story gets interesting.  Elena’s family called Count Von Cosel over to ask for money for the funeral since they were poor and he kept throwing money at her.  By the time the Count got to the house Elena’s sister Nana had already pillaged the jewels he had given her and he had to ask for them back which is pretty tacky, but he built Elena a fancy mausoleum anyway.  Of course it takes a while to make a fancy mausoleum, so in the meantime she was buried in the ground.

When Elena was moved into the mausoleum, the coffin was opened and the Count found out that because of the hastily built coffin and not so wonderful grave diggers, part of it had collapsed and squished a bit of Elena’s face.  The Count at this point took it upon himself to fix Elena up a bit.  This was apparently quite an undertaking and required the Count’s presence daily. 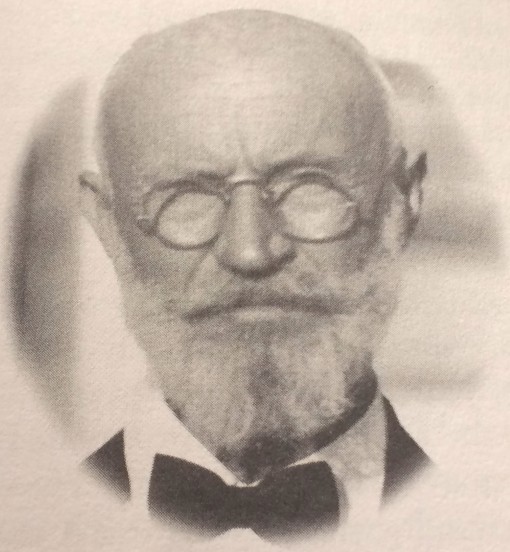 Every day Count Von Cosel would visit the tomb, and Elena would speak with him. One day Elena asked Count Von Cosel to take her out of her tomb and to go live with him in his home.  She even gave him instructions on how to do this without being seen.  When he executed this plan he was even assisted in the carrying of the coffin by other graveyard ghosts. Now the Count had a decomposing body on his hands.

According to the Count’s own diaries, he believed that a person’s first death was often reversible, but the embalming process left the body unusable and made the death permanent.  This is why the count moved Elena into a wingless airship to perform his resurrection experiments.  After he was finished, they had planned to fix up the plane and travel the world together. (This had also been his pre-mortem plan, but there had been some minor set backs).

So now there was a dead body, in an old broken plane, on the beach, in Key West… it can’t have been pretty.  During the next few years the Von Cosels (Elena was in a wedding dress and being referred to as his “bride” by now) moved around quite a bit, from the air ship, to a shared home, and finally a residence where the Count had the space to set up proper equipment, and also move in the bed which Elena had died on… and on which they now both slept. 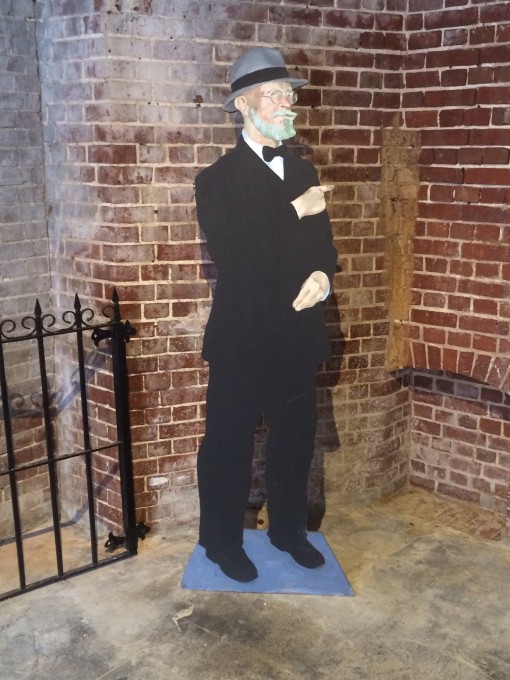 Needless to say, Count Von Cosel was unsuccessful in reanimating his bride’s corpse, but her ghost was there and he seemed to have gotten the body to a pretty stable condition, so I guess that was good enough for him. Seven years after Elena’s daring escape from the grave, her tomb was vandalized, causing her sister great concern about the whereabouts of the jewels she had unsuccessfully absconded with at the moment of Elena’s death.

Nana met Count Von Cosel at the tomb and demanded that he open the coffin, which he had the only key to.  The Count of course refused and assured her that everything was fine and asked her not to disturb Elena’s rest.

After a few days of pressuring, the Count finally agreed to let Nana see her sister to ease her mind.  He took Nana to his house and showed her where Elena was in the same bed she had died in.  At this point he also confessed that she had been in his care for the last 7 years.

Surprisingly, Nana’s mind was far from eased by this news.  She alerted authorities and a very bizarre trial ensued.  People came from all over to see Elena’s body,talk with Count Von Cosel and bring him sweets.  The public opinion seemed torn between a story of undying love and a mad scientist that married a corpse and I suppose it  was a little of both.

The Count was arrested and charged with wantonly and maliciously destroying a grave and removing a body without authorization.

Count Von Cosel was never convicted and was free to go, based largely on popular opinion and probably had something to do with being a wealthy eccentric. The Count was free to go, but not free to continue experimenting on Elena, which was of course a huge blow. 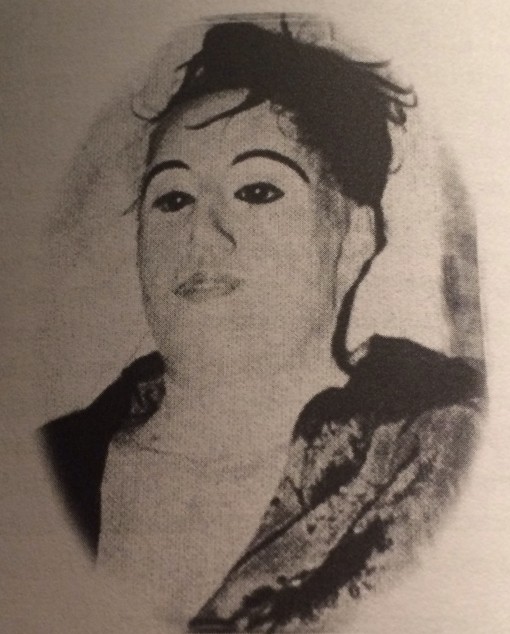 Count Von Cosel did open his home to visitors now, as he had become somewhat of a celebrity.  People came from all around to meet him and see the plaster death masks he had made of Elena’s face because the internet had not been invented yet.

After Count Von Cosel’s star had somewhat faded, he moved to Zephyrhills, Florida with his first official wife with a pulse, who must have been a real sport.  Count Von Cosel died in 1952 and his body was found in his bed next to a life size replica of Elena.

The real story I want to hear is about his 2nd-ish wife that allowed her husband to make a plaster replica of his first-ish dead wife and sleep with it, but this story was pretty good too. 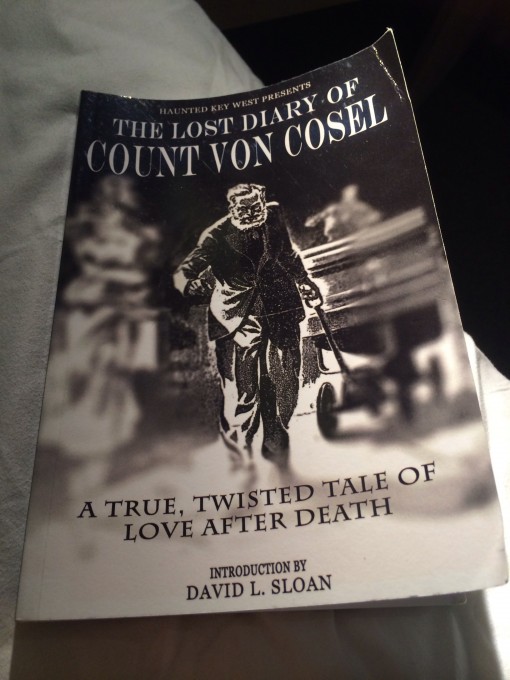 I highly recommend this book if you want to find out more about advanced stages of decomposition as well as the steps you’ll want to take to make it possible to consummate a marriage to a mummified corpse. 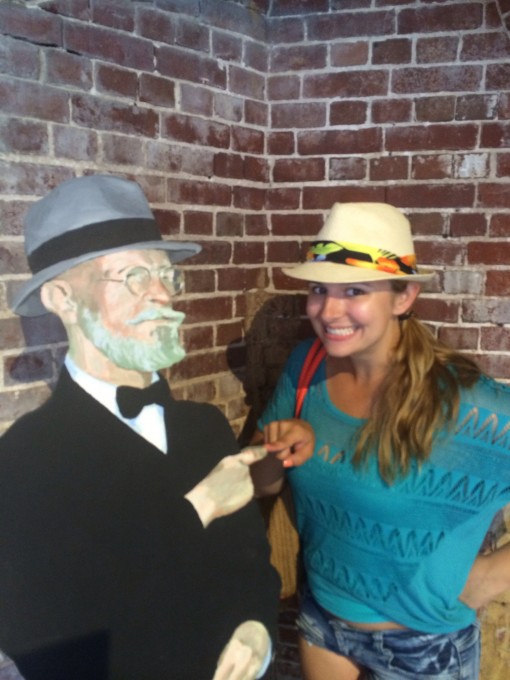