After a long weird day in Harlem, GA for the 25th annual Oliver Hardy Festival , I found myself wandering the streets of nearby Augusta, GA in search of a comfy leather chair in which to enjoy and fancy, old-timey cocktail.  By population, Augusta is the second biggest city in Georgia, though casual stroll through downtown on a Saturday night would give no indication of this.  Needless to say, I didn’t find a comfy chair or fancy cocktail.  What I did find was a handful of small clubs and bars, many of which were closed.  It was an eerily empty town full of decaying reminders of the cocktails I could be having 30 years ago. 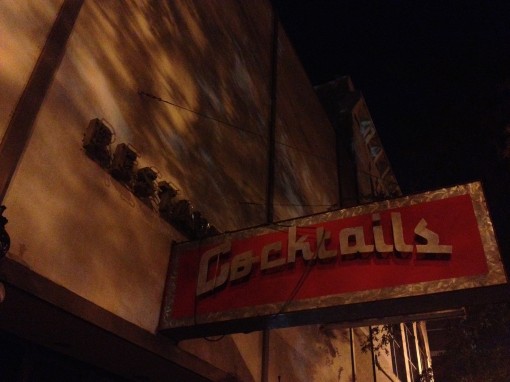 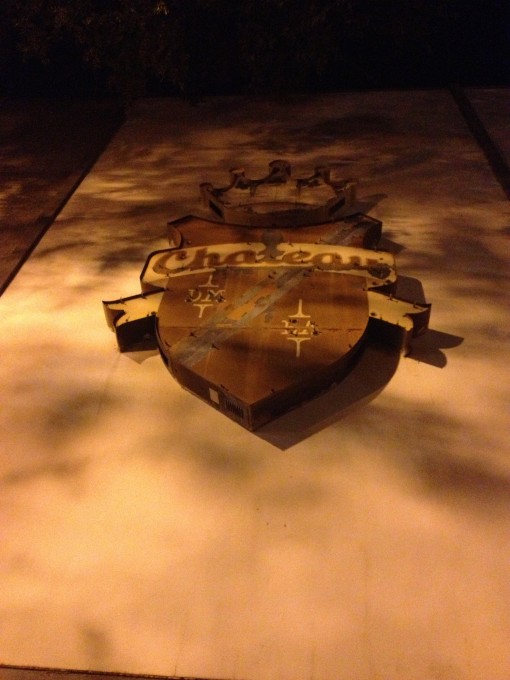 So, a night of celebratory Hardy style drinking quickly turned into wandering the streets of August, a town seemingly capable of supporting a disproportionate number of tattoo parlors and strip clubs, and little else.  What I did find at one dark end of the main drag was the Haunted Pillar. 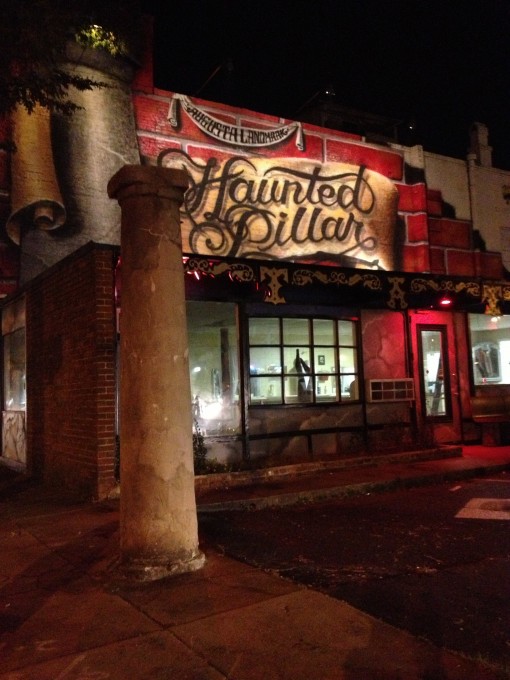 At the corner of 5th and Broad St. in downtown Augusta you’ll find this pillar, which is all that remains of a market that was destroyed in a tornado in 1878.  Rumors abound as to the origin of the pillar and just how it came to be “haunted”, the most prevalent of which is that a old testament fire and brimstone preacher was denied the right to preach in front of the market (and we all know that doesn’t fly in the south),  After being displaced the preacher foretold the destruction of the market by a great wind, except for one pillar.  Anyone who touched or tried to move the pillar would be struck dead.  Another theory is that the market sold slaves and that they were tied to the pillar to be whipped.  One such slave put a voodoo curse on the pillar and now anyone who touches or tries to move it will be struck dead.  That theory seems largely unfounded, but one thing remains certain… if you touch that pillar you will die.  The curse remains, though it seems that this is not in fact the original pillar, which was reportedly destroyed in a car accident.  Actually, it seems the pillar is not even in the original spot anymore.  While many of the people involved with the reconstruction of the pillar are now dead, it was reconstructed in 1935, moved in 1936, and reconstructed again (after a second accident involving a cotton bale) in 1958, so the deaths seem pretty unrelated.

Seems the pillar is not just cursed, but haunted as well.  There have been several reports of orbs, disembodied voices, and shadows lurking about the pillar.  I was not lucky enough to experience any of these things, I was not brave enough to touch the pillar either.  Being at that end of Broad Street at 11pm seemed like I was tempting fate already. 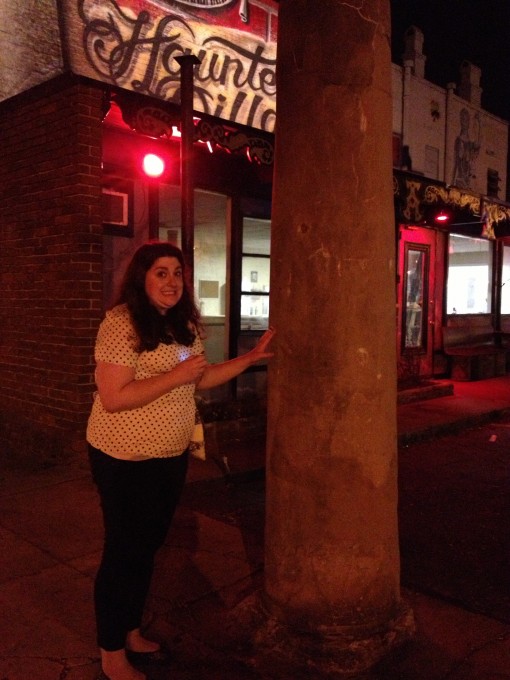 My friend, Chelsea, got close however, and we later had a pretty touch and go run in with an overly friendly drug dealer named Matt.  Coincidence?  I think not.