The statistic that’s been thrown around for ages is that only 10% of Americans actually have a valid passport, because the other 90% are narrow-minded ignorant slobs that don’t know or care a thing about what goes on outside the States.  The more accurate statistic now seems to be around 1/3rd of Americans with a valid passport, which of course means that only 2/3 are narrow-minded slobs.

That’s still kind of embarrassing until you consider that that statistic also includes babies, old people, the chronically ill, people from my hometown that say things like “I’m not much for sun and sand” or “when you live here why would you want to go anywhere else” and a slew of other people you wouldn’t want to be stuck beside on an international flight.  Then, I’m kind of okay with it.

Do I judge people with out a passport? Sure!  But I also know that everyone interested in having a passport probably has one and those that don’t probably don’t need to be representing us abroad.  So the statistic is not all that alarming all things considered.

Of course I’m being facetious, I think the real reason many Americans don’t have passports has a lot to do with the measly amount of vacation time we get and our general “live to work” culture… but we’re getting better!

Like I said, I do judge people without passports.  Mostly it’s a projection of my own geographical claustrophobia (when science discovers that’s a real thing, remember you heard it here first) which has been going crazy since yesterday when I had to remove my passport from its usual storage place in my cars glove compartment (just in case) and send it in an envelope to be renewed even thought it doesn’t expire until June 17th.

Why do I need to spend $170 to renew my passport a full 4 months before it expires?  Because many countries do not let you enter them with a passport that expires within the next six months, even if you have a return ticket.  I know what you’re thinking. Why do passports even have an expiration date?  Why don’t passports just last 9.5 years?  I don’t have answers for this.

I do have an answer for a the question of ‘why is it $170?!’  Why that’s because it cost $110 for a passport.  A large sum for a piece of paper, but a small price for a ticket to the whole world so I guess it’s all perspective.  When I consider that I paid more than half of that for a small sticker that allows me to drive my car for another year, it doesn’t seem so bad.

Here’s the bad part, the other $60 for “expedited service” if you want to be able to leave the country anytime within the next 7 weeks.  “2-3 weeks processing” doesn’t seem terribly expedited, especially since I know from an unfortunate experience in the Sydney Australia airport that a passport can in fact be replaced in a day’s time.  Granted, that was somewhat of an “emergency” situation.  I don’t expect Australian US Embassy efficiency, but it does seem like since they only have to deal with between 10%-33% of the population once every 10 years that they could make a passport in less than 4-6 weeks without demanding extra compensation.  It also seems like I shouldn’t have to put my (still valid for 4 months) passport in an envelope and entrust it to the US Postal Service.

I just don’t see why I can’t go online and fill out a form to have a new passport sent to me.  I just did that with my driver’s license and it was fine.  As an added bonus I didn’t have to rush into a CVS on my way to teach a dance class and take a new passport photo that looks like this, so now I have to spend the next 10 years embarrassed at customs. 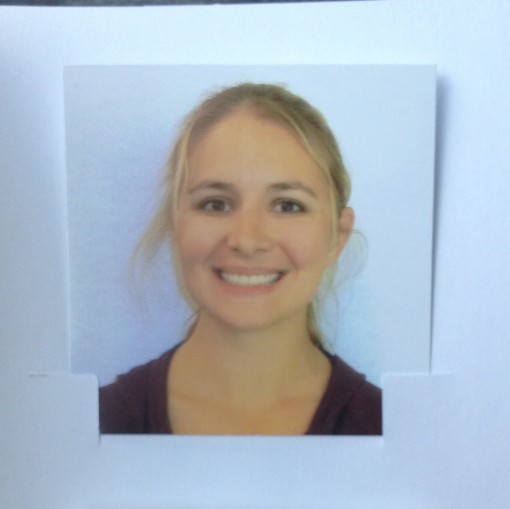 Of course, my last picture was of me when I was 17 and stranded in Australia after a school trip, so I guess that may have needed updating, but I still think I should be able to do it online.  Oh, and I couldn’t find my check book and they don’t take credit cards so I had to get a money order… A MONEY ORDER.  It’s 2014!

I guess mostly this is a fear based rant since I’m passportless for the next 2-3 weeks (fingers crossed nothing gets lost in the mail).  But come on US-Passport-Powers-That-Be, you’ve got way less to do than most other countries, the vast majority of our citizens have no use for your services.  Get it together!

On a lighter note, I was injected with a very expensive virus so now I have this yellow fever card to stick in my passport in 2-3 weeks! 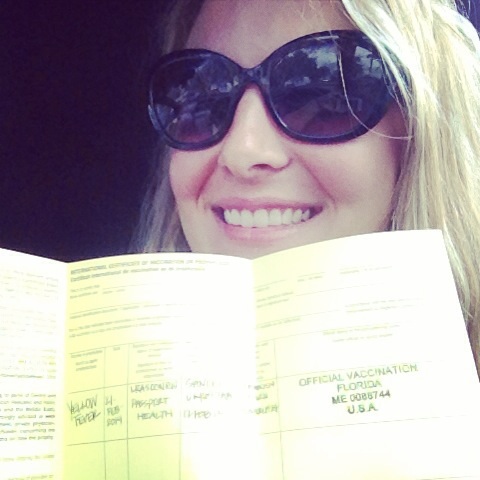