Since I was a small and very weird child, the Winchester Mystery House has held a spot on my bucket list.   So when I found out my flight home from my honeymoon in New Zealand would be routing through San Francisco, I had to make the hour drive to San Jose (actually my friend Melissa made the drive, because she’s the best) to see the house in person.  For those of you who were less weird children, read on for a bit of context. 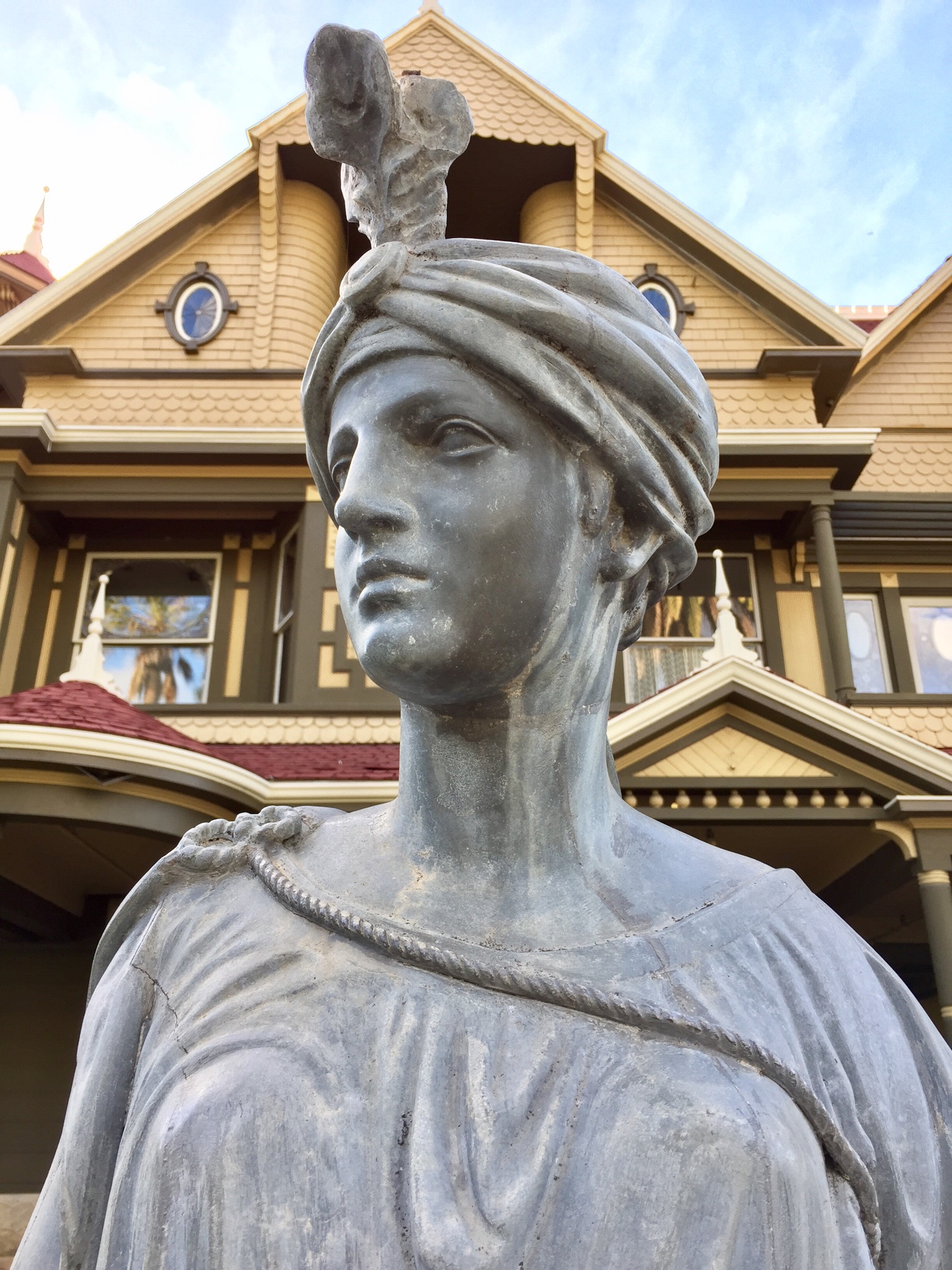 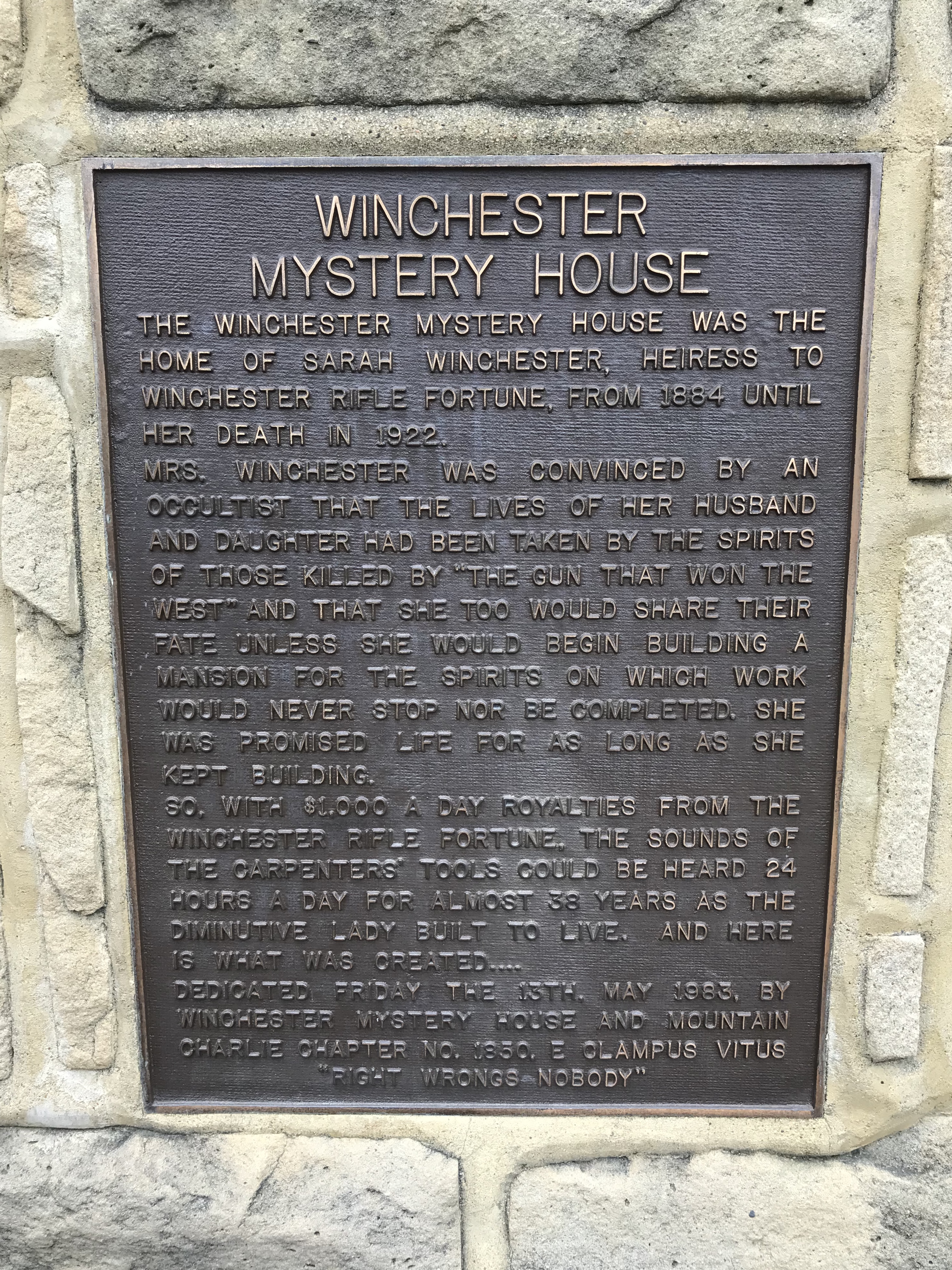 In 1884, the lady of the house, Sarah Winchester the heiress to the Winchester Rifle fortune, left her home in New Haven, CT and headed west at the suggestion of a medium channeling her late husband.  She thought the was haunted by the people that had been killed by the Winchester Rifles and in an effort to out run the ghost she moved to California and started construction on her new home.  The construction would last for 38 straight years, out of the fear that if she stopped the ghost would catch up with her.  In an effort to confuse the spirits the house is full of secret passageways, stairways to the ceiling, and doors to nowhere.  Construction on the house only ceased after Sarah’s death in 1922.  Another peculiarity about the house is that there were no blueprints, making it difficult to survey the entire property.  New rooms were discovered as recently as 2016!  Of course, the house is now open to the public for tours, and that makes me giddy. 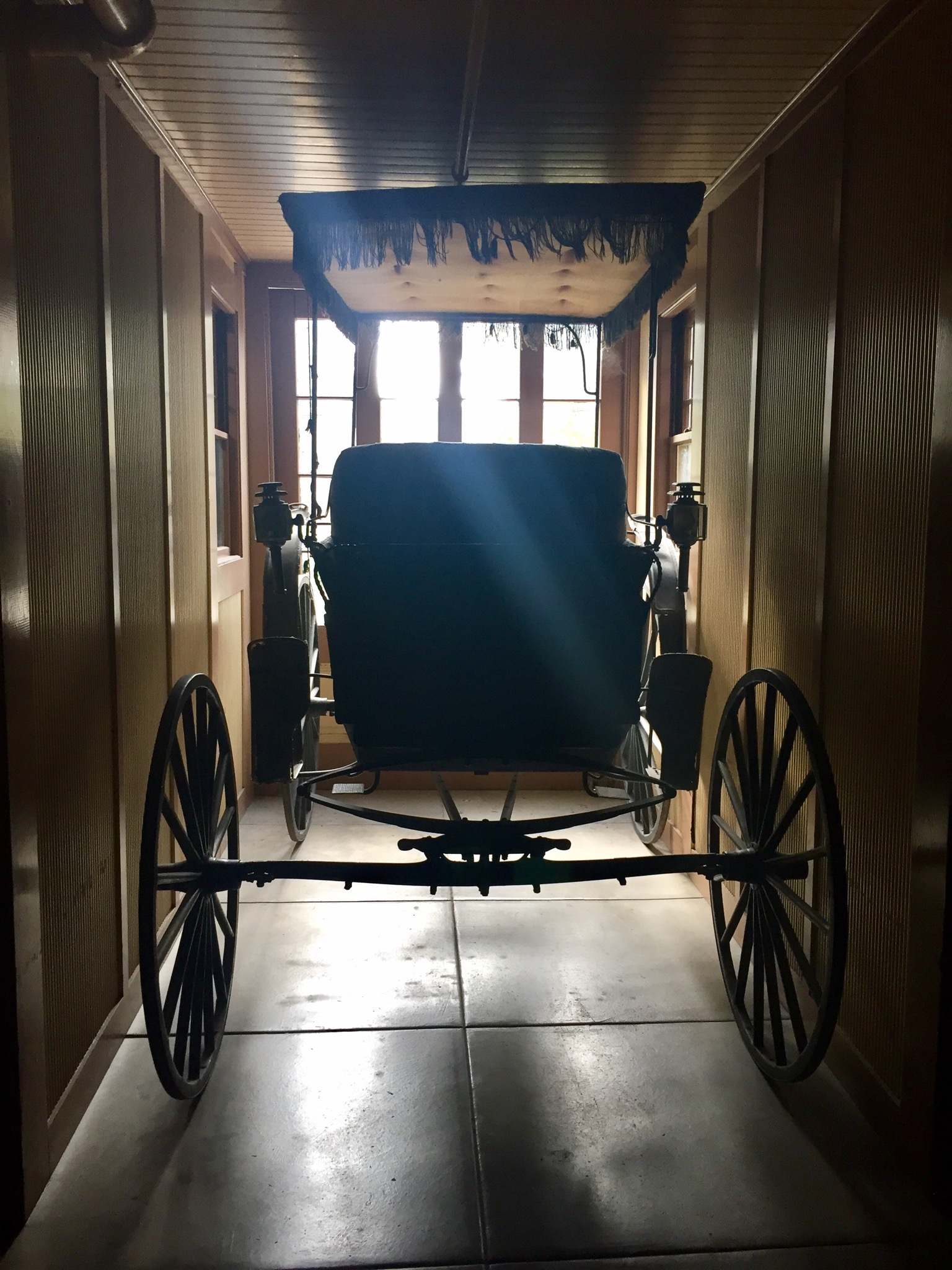 The history of the house is fascinating and there is so much to explore.  Stick with your tour guide though or you may get lost in one of the homes many mysterious rooms.  Here are a few of the interesting, peculiar, and just plain creepy things you can find in the home;

Sarah Winchester was obviously a very superstitious person and the number 13 must have held great meaning for her.  No one know exactly why, but the number 13 pops up very frequently in the home.  There are 13 bathrooms in the house.  Many of the staircases have 13 steps.  The windows have 13 panes.  She even signed her will 13 times.  Go though the house and search for patterns of 13, you won’t be disappointed. 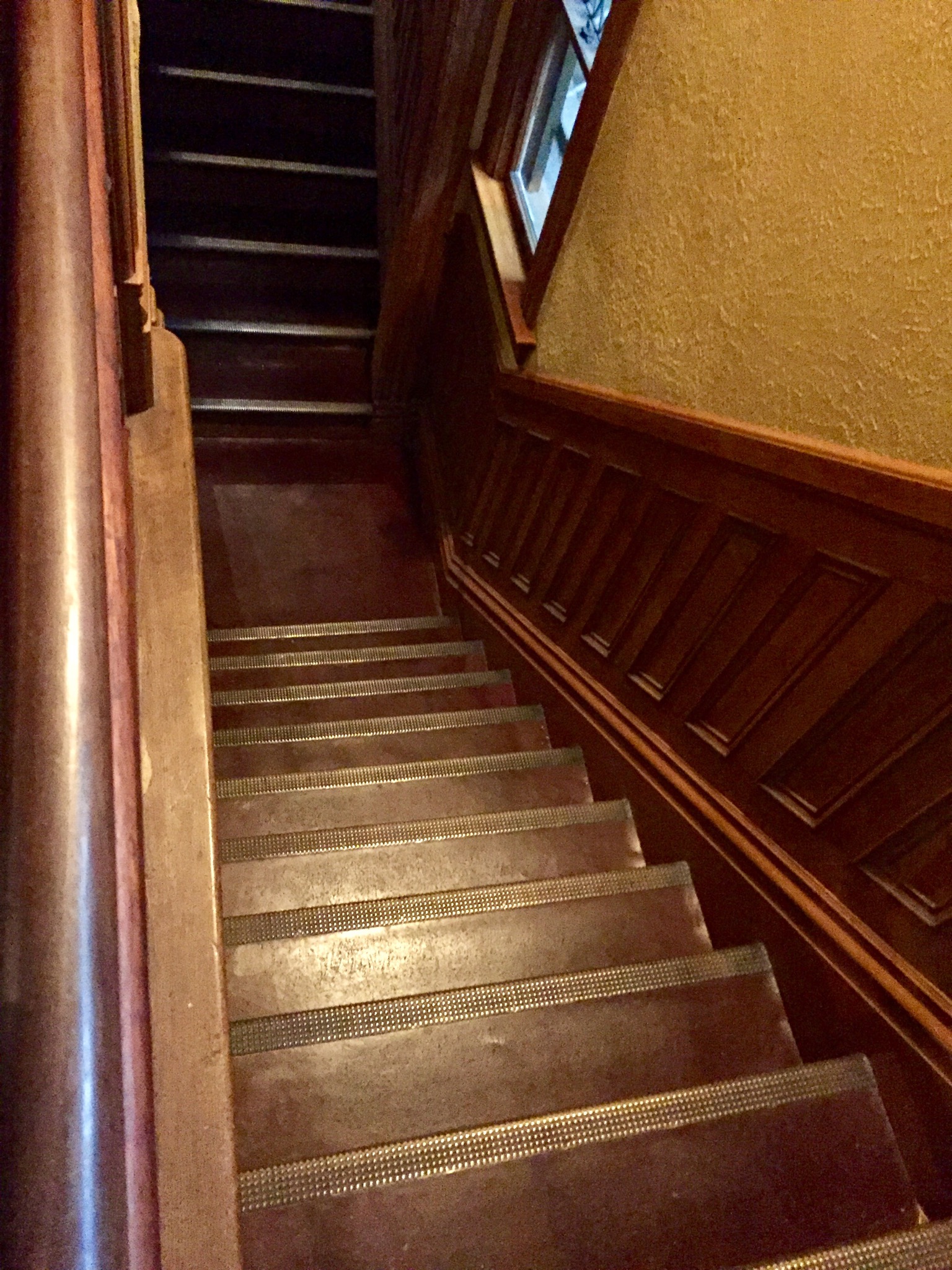 There are many stairways in the house that lead straight to the ceiling, into another staircase, or hopelessly winding just to lead to the next room. 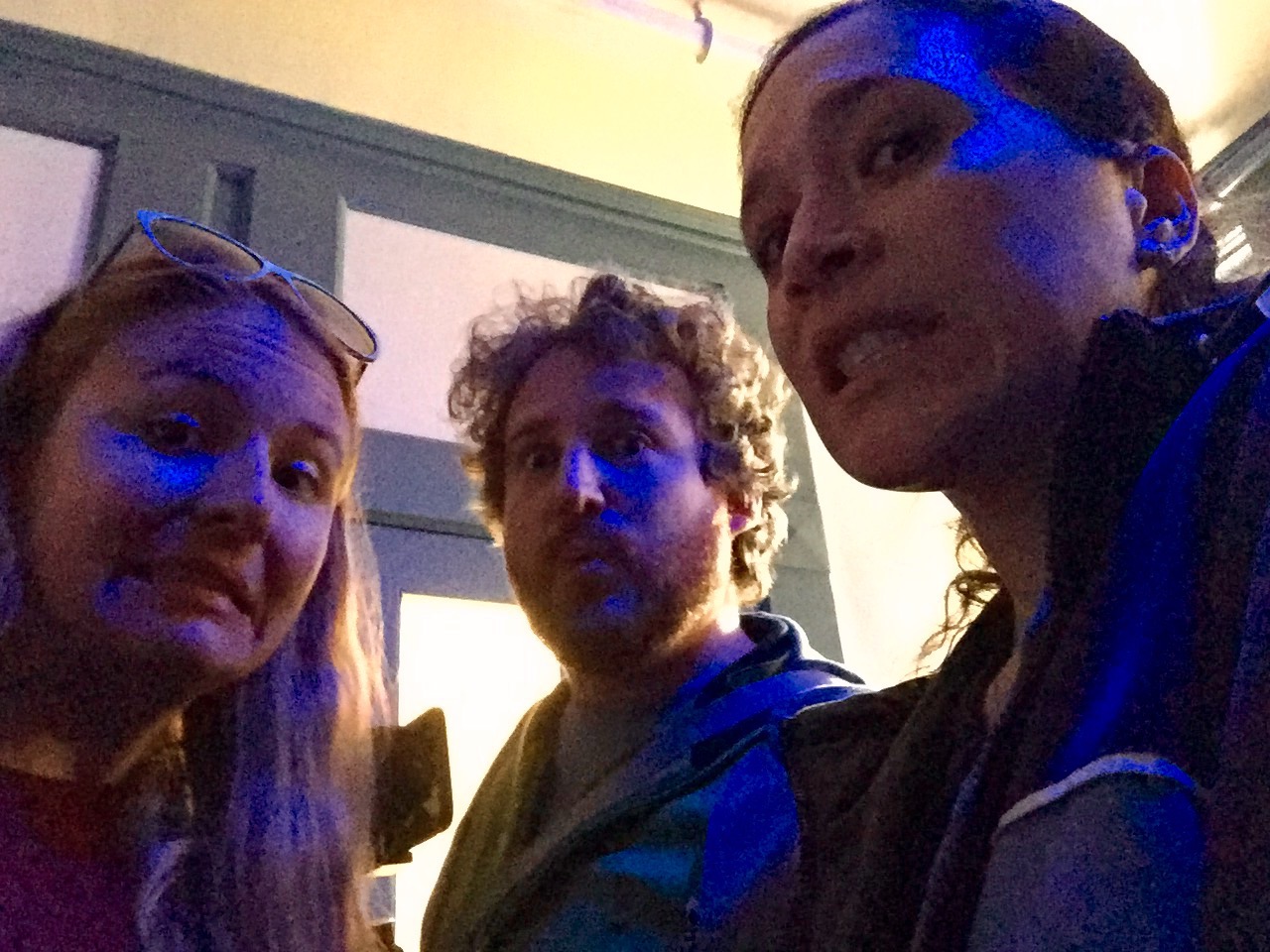 Sarah Winchester held frequent seances to get instructions for new construction from the spirit world.  You know you’ve made it when you have a house with a seance room, and visiting Sarah Winchester’s is pretty much a dream.

The Doorway to Nowhere 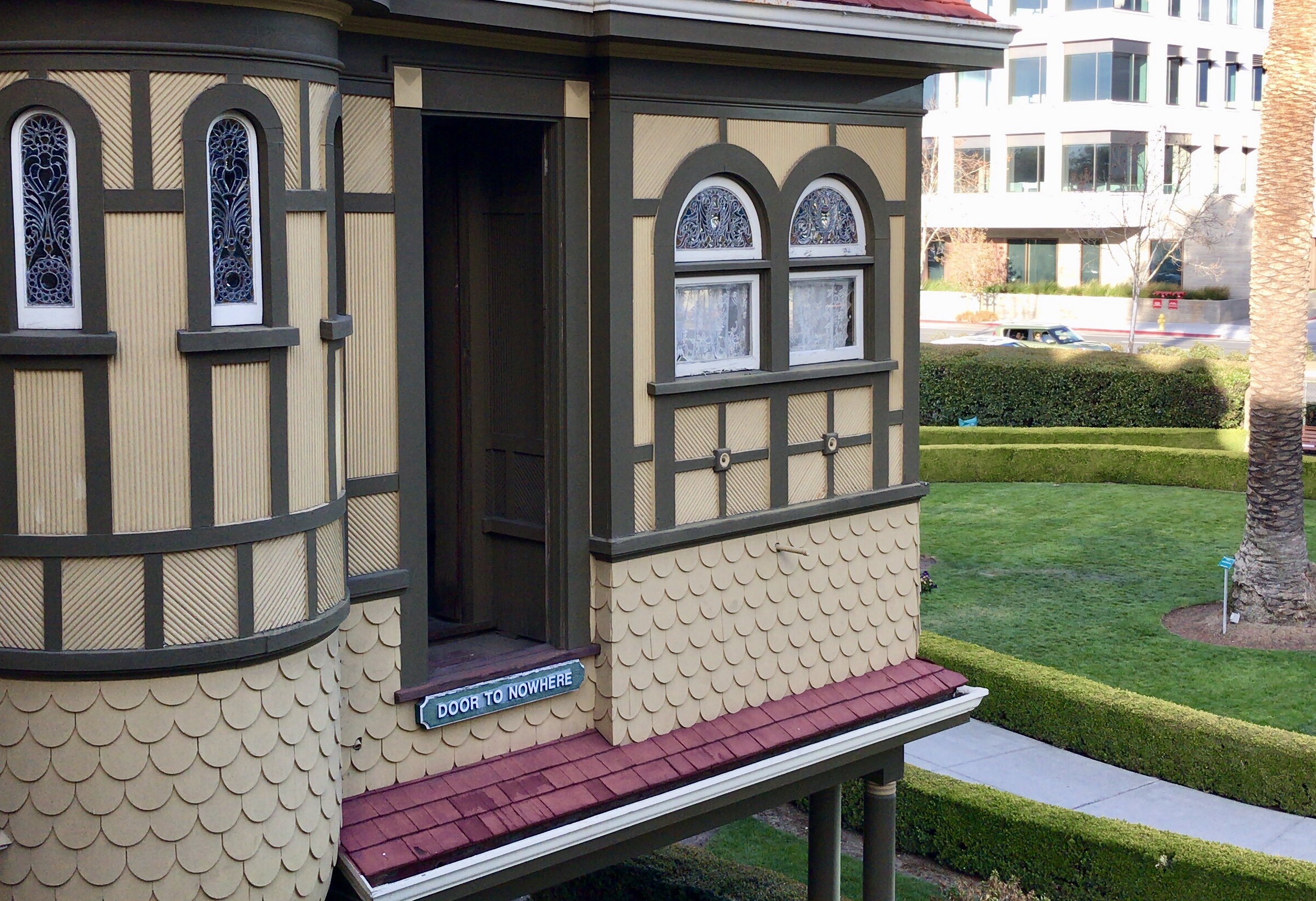 A literal door to nowhere.  How bananas is that?  It just opens up to the outside on the second story, presumably causing ghosts to plummet to their second death. 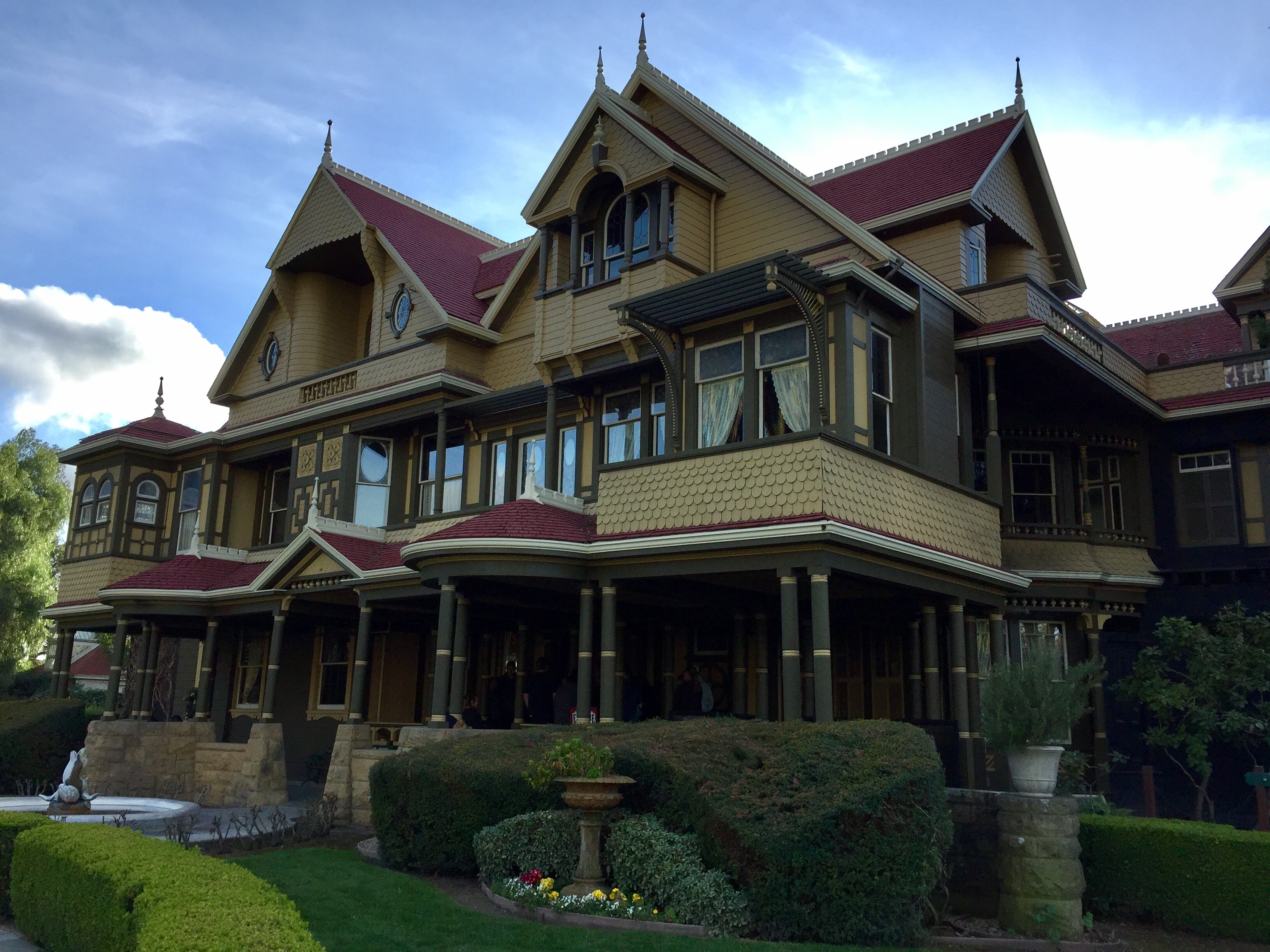 The Winchester Mystery House is open to the public, but the inside is only accessible via a guided tour (they don’t want tourist walking through a door to nowhere or getting trapped in an oil painting).  The main tour is $39 for adults and last just over an hour.  You can book tours starting at 9:20am until 5pm on weekdays and 6:40pm on weekends.

For a limited time, The Winchester Mystery House offers an extended tour as an add on to the regular house tour.  The Explore More tour gives you an extra hour in the house, plus some never before seen by the public rooms, including the ultra creepy basement for only $10 more! 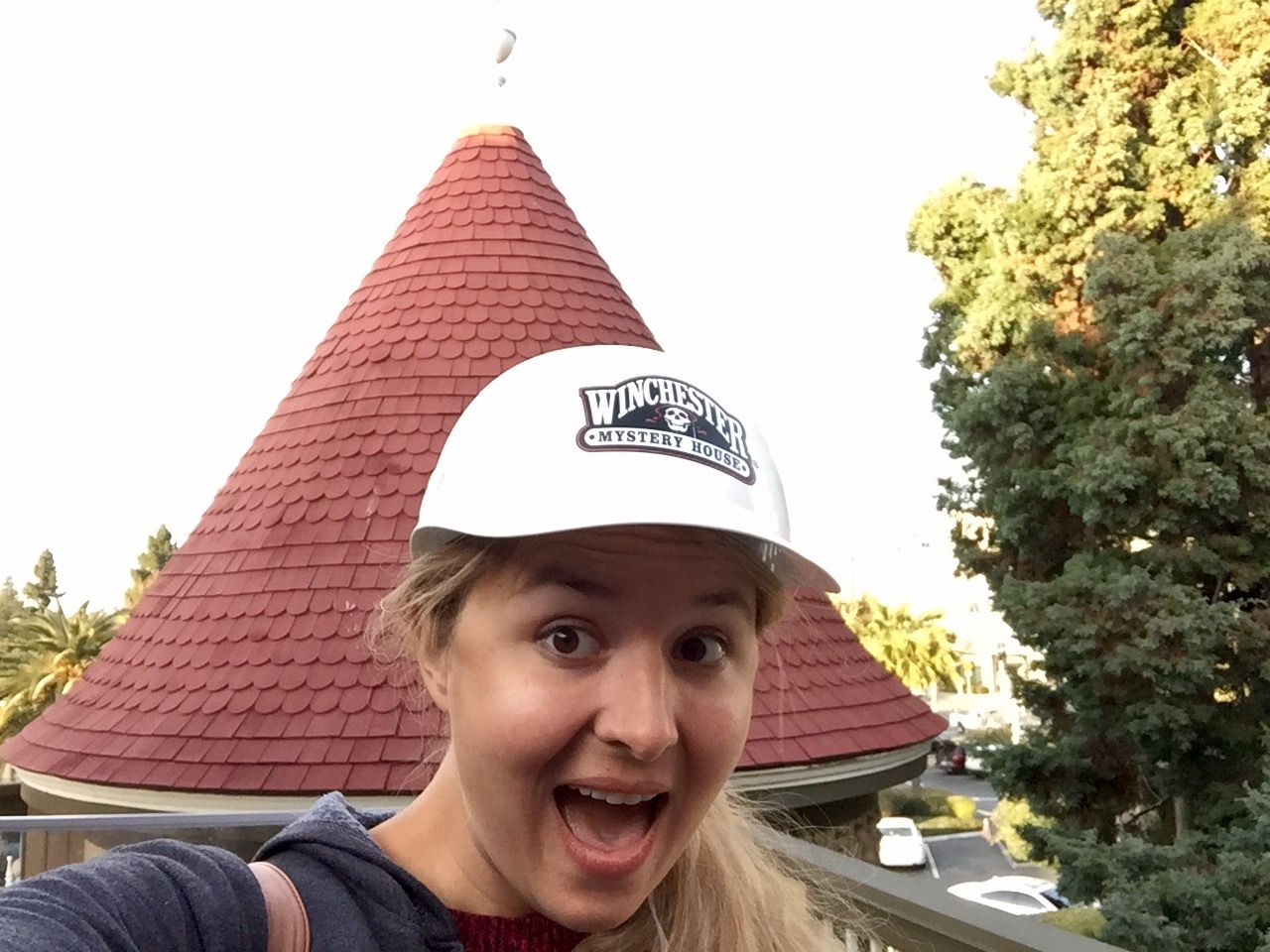 The Explore More tour of the Winchester Mystery House takes you so far behind the scenes that you need a hard hat!

Definitely book ahead if possible.  The place was PACKED when I was there.  I’m not sure if that’s typical, or because I was there on a Saturday shortly after the release of Winchester, the horror movie (very loosely) based on Sarah Winchester and the Winchester Mystery House.  At any rate, booking ahead will surly save you some disappointment.

I’d be lying if I said I wasn’t a little bummed that I didn’t see any ghost during my visit at the Winchester Mystery House, I’m still thrilled I got to see the house in person.  And I’m definitely going to try again on one of their Friday 13th Flashlight Tours (the next one is in July!). 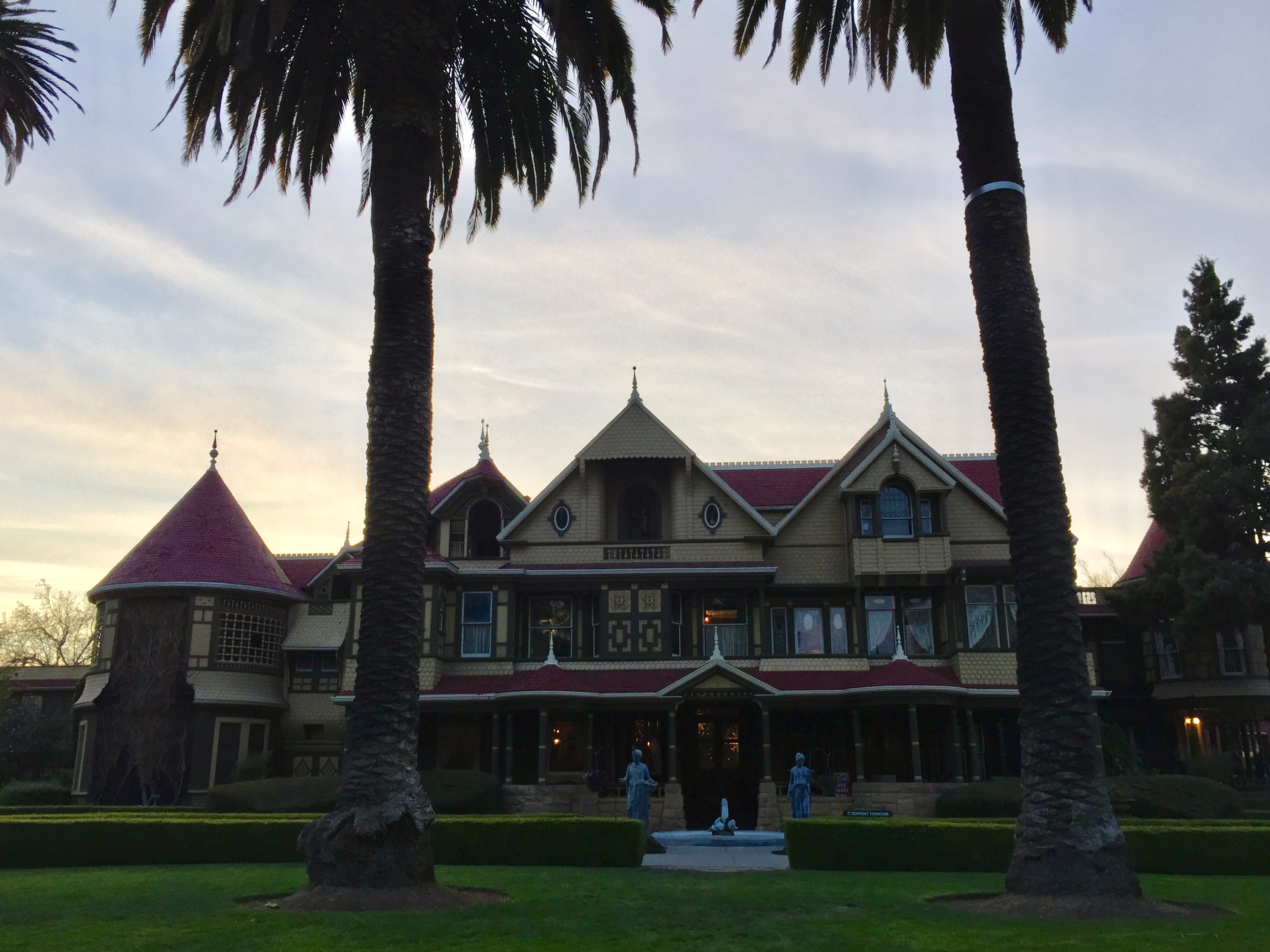 I was hosted as a guest of the Winchester Mystery House, but my opinion that this house is maybe the coolest house in the world, is entirely my own.

June 2, 2018
California North America The Americas USA 11 comments Mags
← 6 Digital Nomad Jobs You Can Do When Traveling the World Ways To Save Money On A Cruise →

11 thoughts on “Explore More at the Winchester Mystery House”